Almost 100 years ago, Germany’s capital was at the height of its worldliness. Before the “golden twenties” were rung in from 1924, Berlin crunched through the “wild twenties”, which began after the end of World War I. They were a curse and a blessing at the same time – but for the most part they left Berlin largely derailed excessively. The city had grown to the third largest metropolis in the world. The territorial extensions of 1920 created habitat and places of action for hundreds of thousands of newcomers. In the urban area, a worldwide unique milieu culture developed, marked by the pain and the burden of the utopian national debt. The international reparations demands because of the lost world war, along with the crazy folk bonds, anyway nobody expected their reimbursement due to lack of economic power, let the people look into an uncertain future. The worst inflation in German history gradually eliminated any relations. Before the end of 1923 360 billion marks had to be spent on one liter of milk and 50 billion marks on a tram ride, a few years passed before, in which it somehow live quite well despite the crisis. Berlin basically had everything!

It is not uncommon for the culture, the arts and the entertainment to flourish in times of crisis. Or spoken in Berlin jargon “dit Amüsemang”. It was excessive, dirty and extremely frivolous. But above all, what was performed on the stages of the city and on the bar was as naked and uninhibited as anywhere else in the world. Berlin was the most liberal city in the world! There was alcohol, tobacco, drugs, homosexuality and prostitution for all … New York, Paris and London – no city in this respect could reach Berlin by 1920. The wages of the workers were carried to the bars. To the cabarets and to the many dance floors, where the last scream was nude dancing. Anita Berber was the dazzling, deathly painted Femme Fatale of this special culture – for the simple people, tensioners and amusement seeking commercial travelers. Of course, the men’s world was stunned with beer, cognac, tobacco and cocaine. While the family slept at home or the mothers out of necessity became so called “Kunstseidene” (artificial silk ladys).

People who had heard the call of Berlin and followed it curiously, flooded by the day and nightlife. Americans, Britons and Northern Europeans came to the city. It went round that anyone who gets off the train in Berlin with a few dollars, pounds or kroner in his pocket is a multimillionaire on the spot. You stay. Man enjoys. And the creative spirit flows. After all, not all were just about sex and numbness. Beautiful arts flourished too – music, literature and the serious drama. The Staatsoper received “Unter den Linden” the wealthy visitors to rushing performances. The fabulous Potsdamer Platz, with its many neon lights and the metropolitan traffic whirlwind, offered a unique cultural and gastronomic diversity. Money was finally there. Much, much too much. Sure, you had to theoretically pay for a beer with a briquette-sized bundle of Reichsmark. Or you could throw a whole local round with a single dollar. Until after hyperinflation and economic collapse everything stabilized again in 1924…

We as antique jewellery dealers are infinitely grateful for the creativity and the courage that drove the arts in Germany of the early Art Deco epoch. The jewellery creations of that exciting time are among the most magnificent and beautiful of Europe. What the Berlin goldsmiths and platinum smiths created for jewellery, could easily take up with French and English works. Many people still afforded the luxury of expensive jewellery. Far out into the world he was exported – as a testimony to the great metropolis Berlin. 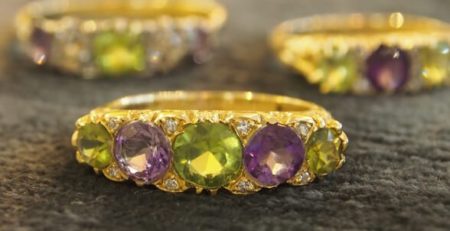 Give the girlfriend / boyfriend a ring for Christmas: engagement?

The feast of love is just around the corner and so is the recurring problem: what do I give... read more

The struggle for personal rights, recognition and equal rights in society has been fought in many places for centuries.... read more 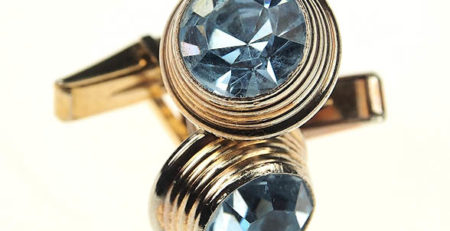 Cufflinks are probably the most versatile pieces of jewellery available

Cufflinks are probably the most versatile pieces of jewellery available. Not only for men with style and good taste,... read more 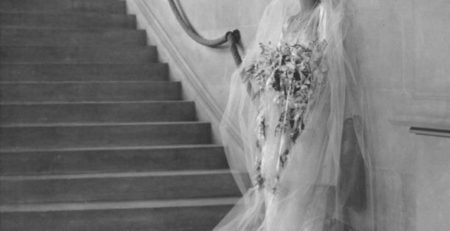 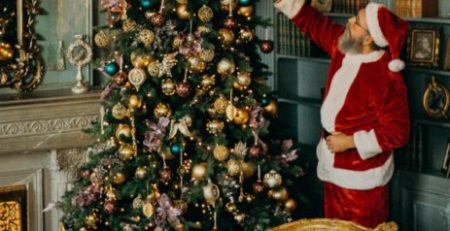 Jewellery can definitely do that better than other gift ideas: create a buzz of joy at Christmas. For the... read more

The New Year decorates itself with red. Shortly after the turn of the year, the world though rotates around... read more 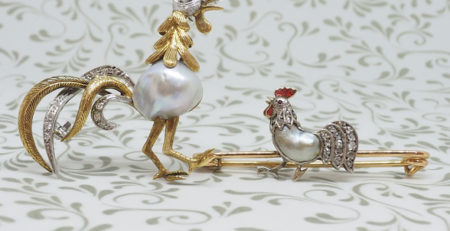 The pearls are back! Oh, were they ever gone? The big comeback of the pearl in jewellery design shows,... read more 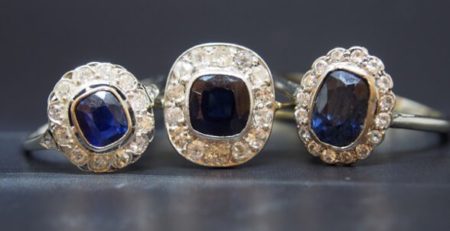 The sapphire is a perfect gemstone for engagement rings. His blue stands for loyalty, harmony and contentment. With this,... read more 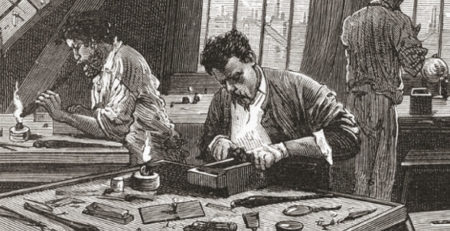